Day 1 was mostly covered by the trip from Germany up to Randa which went really smooth. The last leg of the trip I was on a KDE train with 8 other fellow developers going from Visp up the valley to Randa.

Once arrived at the house, I met old friends that I haven’t seen for a long time. Also, some new faces were around and were introduced by our host Mario.

The KMyMoney team – ok, it’s just two of us – gathered and made plans what to work on during the week. Then we had dinner and a small walk around the village of Randa to work off some of the delicious food and little parts of the chocolate.

Later in the evening, we sat down and tried to fix some of the problems we have with the payeeidentifier and sepa plugins. When it was time to go to bed, we decided to shift the work into the next morning.

Day2 started out early. The plan was to meet at exactly 7:02 in the kitchen and prepare breakfast so that we are ready to serve the rest of the crowd at 7:30. After breakfast, we continued with the work we started the day before but did not come to a successful end. That area just seems a bit weird and we did not find a way to get it to work. So we left it sitting there for the time being and continued with other stuff.

After lunch time we decided what we wanted to talk about in the initial presentation of the projects which took about three hours of the afternoon. We gave a short intro about KMyMoney, but since all the participants already heard about it, we kept that short.  An outlook on the stuff we want to work on followed. Our focus will be on improving keyboard and dialog handling as well as getting rid of some KMyMoney internally color settings while fixing some missing KF5 features at the same time. More on that as things will happen during the next days.

For dinner we had a traditional Raclette prepared and served by Mario’s relatives. Thank you, that was great food. 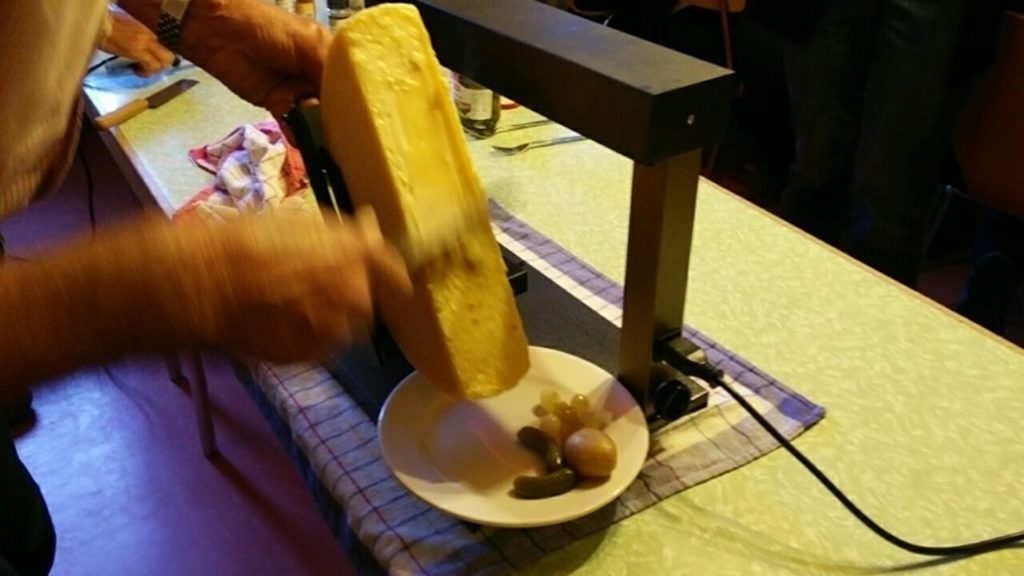 While talking to a kdenlive developer we found out, that he visits my home town every now and then for business and we might meet more often in the future if time permits.

While I write this, Mario just passes by with more chocolate.

A very interesting event was to meet a deaf user from Italy who stays here with us during the week. He explains the problems he and others impaired users are having with applications which is very useful for the week’s subject to make KDE more accessible.

Now it’s almost time to prepare for some sleep as the day three will begin again at 7:02.

The Home of Ebbelwoi and IT is a random collection of things that may be of interest to a wider audience on the Internet.